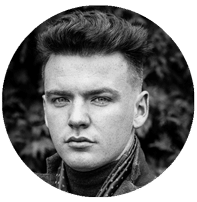 I made my first phone call to Cam Perna on January 3rd, 2020. We’d studied economics and played club soccer together during our time at the University of Notre Dame. And yet the highlight of our friendship was a post-match Wendy’s I’d bought him in 2015. But I digress.

I was incredibly excited about our call. Partly because I’d admired Cam from a distance throughout college, but more so because I’d heard his life story over a coffee in South Bend, IN – the home of our alma mater – just six months prior. I was totally captivated.

Over a cappuccino, Cam walked me through his journey since graduation. After two years at a top-tier investment banking firm, he’d ditched the golden handcuffs to become an entrepreneur. Only then to be left at the altar by his business partner, who backed out at the last minute.

Cam had still somehow saved $100,000 while living in downtown San Francisco, read 26 books per year, kept himself in top physical shape, and was ready to acquire a business in Iowa alongside a peer from college.  To put the icing on the cake, Cam was back in South Bend for the summer – thanks to a personal invitation from the legendary CIO Scott Malpass – to learn the endowment trade directly from the world-class investment team who’d grown the University’s endowment from $400M to $14B in 30 years.

Cam was somewhat of an enigma to me. And I think it’s safe to say I was to him, especially after explaining what I’d been up to since graduation.

In short: Cam and I were different. We’d stuck it to the man young and won.
After working at the education startup I’d helped scale for five years, I left to start Everyday Entrepreneur in February of 2019 – inking $250,000+ worth of revenue in my first 60 days of business across two deals with the Chief Growth Officer of Kraft Heinz and the Provost’s Office at Notre Dame.

My first deal came off the back of my work with NYT bestselling author, Keith Ferrazzi. The second came from a compounding of momentum from my publications in the FT and SF Chronicle, the launch of my podcast The Junto, and my writing on LinkedIn as a Top Voice, prompting Deloitte Insights to ask me to pen an essay on Notre Dame’s new lifelong learning program The Inspired Leadership Initiative.

In short: Cam and I were different. We’d stuck it to the man young and won.

As we swigged down the last of our caffeine, I promptly invited Cam to a special edition Junto retreat I was hosting in October 2020 on the shores of Lake Michigan in Union Pier. Regrettably, he couldn’t make it. But Cam loved the concept and promised that he wouldn’t miss the next one.

While coffee was good, we were two ships passing in the night.

THE LIGHTING OF THE FIRE

I had just two goals for our January 2020 phone call: confirm Cam’s attendance at the next May’s Junto retreat and get his take on the structure of my consulting deal with one of the billionaire co-founders of Groupon.

I had a six-month trial contract on the table – designed to lead into a full-time equity-oriented agreement – that would have me serve as a cultural attache/entrepreneur-in-residence for one of the world’s best technology entrepreneurs. I’d heard, through the grapevine, that Cam had locked down a pretty exciting investment opportunity for himself in Miami, FL using a similar contract structure. So I thought I’d better give him a buzz.

Cam gave me his two cents, and then some. Naturally, our conversation quickly fell into our respective plans for 2020. I outlined the other consulting deals I was chasing down with The Points Guy, Sterling Bay, and P33, my vision for the May Junto retreat on Lake Travis in Austin, and the entrepreneurship class I’d created to teach at Northwestern as an adjunct professor in the Fall.

Then Cam caught me up on his last few months. Namely, his new gig in Miami, how he’d recovered from a broken agreement with his past business partner, his learnings from his time with Scott Malpass at Notre Dame, and his writings through Kingsfield – a monthly musing about great books, music, and lectures, named after the street he grew up on as a child.

This two-hour phone call lit a fire between us. In retrospect, while our coffee in 2019 was good, we were simply two ships passing in the night, admiring one another from a distance. This conversation got our collective juices flowing, and we began speaking or texting practically every day.

6 weeks later, on February 24th, 2020, Cam sent me a proposal. He suggested we combine the curriculum I’d built for Northwestern (Manifesting Your Destiny) with a curriculum he’d self-constructed and self-administered (The Virtuous Life) during his Spring 2019 sabbatical in the Pacific Northwest with his father, nature, and his Subaru Outback.

Cam believed we could co-create a world-class course and license it to our favourite professors at Notre Dame. I liked the idea and mulled it over on the slopes of Crested Butte, CO during a 4-day ski trip. I returned to Chicago on March 1st and told Cam decisively that this curriculum is the one thing I’d be proud to build in my life. I believed it would serve as a great dry-run ahead of the Fall teaching gig at Northwestern.

We aligned on the role we felt physical retreats could play in our ecosystem à la The Junto, and I told him about the vision I’d curated for a modern-day university during my conversations with the Groupon co-founder.

Cam ate it up. We were both desperate to create the very place of learning and growth we’d always tried to find at university. And we felt we could deliver something at the intersection of higher education, social clubs, and media platforms without the pretension, extortionate cost, or hubris of incumbent market players.

Two weeks later, on March 9th, 2020, I was on the phone to one of our Notre Dame contacts pitching our vision. He loved it but warned me that there was this virus called ‘COVID-19’ threatening to shut down colleges nationwide. Just two days before I received a perplexing email from Northwestern explaining that they’d suspended all new classes for the year.

My follow-up note to our contact at Notre Dame the next day received the following response:

Forty-eight hours later, Notre Dame announced their closure. It was March 11th, or as we like to call it: Judgment Day.

Despite all the great feedback, we were forced to wait patiently for word on our next steps.

We took advantage of the long silence by recording a podcast together on March 30th. It was Cam’s first appearance on The Junto and was one of his first forays into the public sphere. For a bloke with no social media, it was a rare chance for him to display his range, personality and silky radio voice. We discussed the power of cold exposure, the genesis of ideas, the lack of curiosity fostered by higher education, and how Cam stays sane in a social media world.

Early April came and we recognized COVID was here to stay. It looked doubtful that Universities were going to fully reopen in 2020, much less have the capacity, time, or desire to onboard two young alumni as adjunct professors. It felt as if our grand plan had come to a grinding halt, despite our work getting such rave reviews from people we loved and respected.

We certainly felt some dissonance. But we decided to bet on ourselves. Our thought was this: if two of the world’s best universities saw value in this upfront, why wouldn’t our peers?

We decided to go direct-to-market with the curriculum. Over the next 28 days of quarantine, we worked day-and-night to manifest our shared vision. After holding our first round of feedback calls in mid-April, we re-branded to The School of Breakouts. To us, “breakout” was a relatively undefined but popular word in the zeitgeist that evoked a sense of urgency and forward motion.

Our website went live on May 3rd. 12 days later, we hosted 15 exceptional individuals from across the globe at The Virtual Junto for a series of conversations on the crisis of masculinity, eustress, mimicry, adaptation, and the art of living your best life during your 20s. The weekend was a smash hit, and the testimonials that followed were proof that we could leverage Zoom to provide a far superior and more intimate learning experience with perfect strangers than higher education institutions or conferences could manage.

The Junto recharged my soul. Precisely what the doctor ordered for society.

The Junto is needed for people who don’t identify religiously.

We officially launched Breakouts1 on June 8th, 2020, 36 days after finishing the curriculum. We recruited 35 of the most talented, curious, and action-oriented fellows from Los Angeles, San Francisco, Denver, Chicago, Atlanta, D.C, New York, London and Nigeria to be in our first cohort. And the inaugural eight-week masterclass was a smashing success.

Our Breakouts1 Fellows told us that we had changed their lives, creating something in six weeks that was more powerful than almost any class they’d ever taken in college. We knew then that we were indeed onto something.

Come August 1st, Breakouts1 was over. Our next six weeks saw us recruit hard for Breakouts2, host a second Virtual Junto with a star-studded speaker list – Molly DeWolf Swenson, Brad Grossman, and Elliott Clark, to name but a few – for 30 individuals worldwide, and further refine our curriculum.

Over the last six months, Cam and I have recognised a worldly need for an evergreen institution focused solely on lifestyle development. And we are answering that need with the announcement of our forever product: The School.

The School is the world’s premier performance institute for the game of life. Our focus is on the holistic optimisation of the 100 hours you spend outside of work each week. And our invite-only annual membership is designed to revolutionise your story, finances, fitness, style, and community.

We’ve co-created The School’s Membership with global experts in the fashion, fitness, finance, and brand domains. It is the long-term home, dojo, and stage for our most exceptional Fellows from Breakouts. By investing 12 months into The School, we’ll lead you to develop an entrepreneur’s mind, an athlete’s body, and an artist’s soul, necessary elements for living the life you’ve always imagined.

We couldn’t be more excited for our next Chapter. We hope you join us. 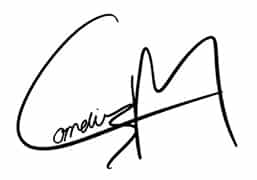 Our 10-week masterclass that exposes you to the ideas, principles, skills and frameworks that govern our school of thought. We help you build a foundation for a great life.